Psychological manipulation is a type of social influence that aims to change the behavior or perception of others through abusive, deceptive, or underhanded tactics. By advancing the interests of the manipulator, often at another's expense, such methods could be considered exploitative, abusive, devious, and deceptive.
from Wikipedia

Psychological manipulation can be defined as the exercise of undue influence through mental distortion and emotional exploitation, with the intention to seize power, control, benefits and/or privileges at the victim’s expense.
Psychology today

The ability to influence people is a fundamental and incredibly valuable social skill. It includes everything from eye contact, body language, cleanliness, dress, manner of speech, to leadership and charisma.

1. the capacity to have an effect on the character, development, or behaviour of someone or something, or the effect itself.

2. the power to shape policy or ensure favourable treatment from someone, especially through status, contacts, or wealth.

As a human in human society, developing your skills of charisma and social influence are well worth the investment. Therefore from a practical standpoint, it's important to be able to distinguish between influence and manipulation.

The easiest way to distinguish is to do a values test. Consider the situation, and how it stacks up against the 6 core values.

Here, Honesty and Respect are likely the two most relevant values to test with.

Also, your intentions is important.

An example is this (unverified) story regarding Las Vegas casinos....

It's said that at one point, a casino added lavender scent to create a fresher more appealing environment. Unexpectedly, gambling immediately increased by 30%. The Gambling Commission is said to have then outlawed the use of lavender scent, as it had a clear but inexplicable affect on the psychology (likely the dopamine system) of the gamblers.

Here you can clearly see why intention matters. Initially, the casino's intentions were not manipulative at all. However, after discovering that lavender scent had a significant psychological impact on the patrons, casuing them to spend more, the casino had a critical decision to make. if the casino had chosen to (and been allowed to) continue the practice of using lavender scent, then the behavior would clearly have been manipulative.

Manipulation has a strong negative connotation, however - as with all of life - context is everything. Arguably, there can exist situations where manipulation is helpful to the target.

Jim Carrey’s performance in Yes Man, where he uses manipulation to distract a man contemplating suicide, is a great scene and illustrates that manipulation can be both helpful and values-aligned. Distracting a child with a stuffed animal before their vaccine shot is no different.

Both of these can be classed as manipulation because they are intentionally deceptive. However, both of them have a positive intentions towards the person being manipulated, and a positive result. 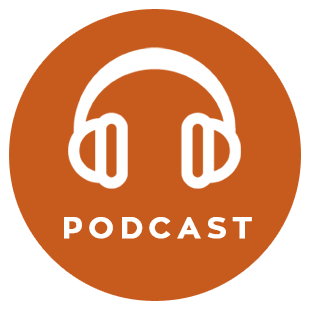 Podcast
-
Managing Manipulation: How to Prevent Emotional Abuse
Tuesday, February 13, 2018
Every time you interact with someone, they influence you.