Lewis Howes has appeared on Ellen and Oprah and featured as guests on many other shows, firmly establishing himself as a leader and rolemodel focused on masculinity and entrepreneurship.

Howes hosts The School of Greatness podcast, one of the most popular shows on entrepreneurship in USA. The show includes a wide range of guests such as authors, business leaders, actors, musicians, entrepreneurs, spoken word artists, nutritionists, and many others. Past guests have included Robert Greene, Tim Ferriss, and Gary Vaynerchuk.

He is also on the advisory board of the non-profit Pencils of Promise.

Howes is the former NCAA record holder for the most receiving yards in a single game. However, two games into his first Arena League season he collided with a wall while diving to make a catch and snapped his wrist. He played the rest of the season with a broken wrist, and after the last game he underwent corrective surgery that ended his football career.

In 2012, Howes began to play team handball for the amateur New York Team Handball Club. He is currently in the selection pool for the USA Men's National team.

‍He is also the author of The Ultimate Webinar Marketing Guide, which was published in 2012.‍

Lewis released his first hard cover book in October 2015, titled The School of Greatness: A Real-World Guide to Living Bigger, Loving Deeper, and Leaving a Legacy.‍

‍His latest book, titled The Mask of Masculinity: How Men Can Embrace Vulnerability, Create Strong Relationships, and Live to Their Fullest Lives was released by end of October 2017. 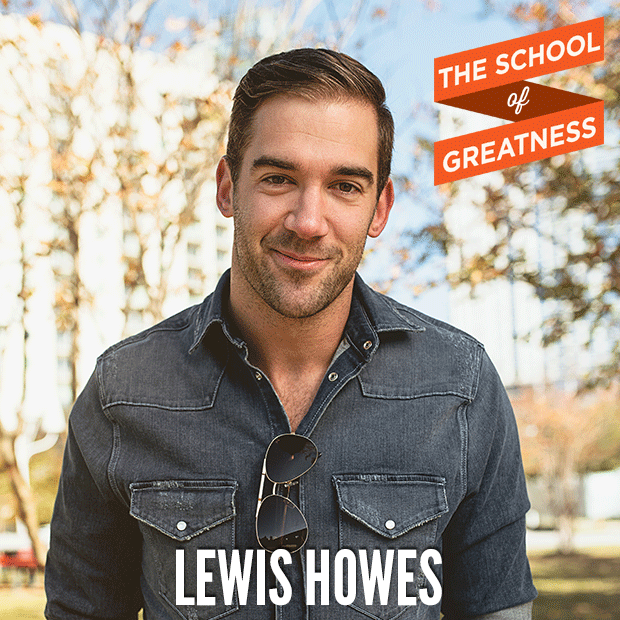